5 things you need to know about Hawke’s Bay wine

Hawke’s Bay has been making some of the best New Zealand wine for longer than any other wine region.

Wine seems one of those products around which a lot of hype gathers. A certain social cache is still attached to those who display a knowledge of wines and wine styles. Like many other aspects of ‘fashionable’ interest, the new arrivals in the industry who make a big splash seem to get much of the media exposure and profile. Such is life in a new world wine industry. But in Hawke’s Bay, they’ve been making outstanding wine for generations.

It’s worth remembering that, without exception, the truly great wine producers of the world have been at it for quite some time. In New Zealand, the genesis of our wine industry is traced back to Hawke’s Bay and the first plantings of the Marist Brothers at Pakowhai and Meeanee in the 1850’s. Before a vine went into the ground in Marlborough, Central Otago, Waiheke or Martinborough, Hawke’s Bay was producing internationally recognised wines. Good things take time.

Hawke’s Bay has established itself as New Zealand’s pre-eminent winemaking region for full-bodied red wine. Wines blended from Merlot, Cabernet Sauvignon and Malbec have been capturing wine lovers imaginations for decades now and Syrah is shaping as becoming a signature variety for the region on the international stage.

Poor old Chardonnay. The variety is truly one of the greats of the wine world but has had such a bad time of it lately. Thanks to the Aussies and the Californians a couple of decades ago, the wine-drinking world was awash in cheap, overly oaked wine that put off a generation who now think that it’s what Chardonnay is all about. The final ‘coup de grace’ for the grape was when British footballers started naming their children after the variety. All was lost….or maybe not! Anyone who has been lucky enough to try genuine White Burgundy will tell you how stunning a Chardonnay wine can be. And Hawke’s Bay make intensely flavoured, yet finely-tuned and complex Chardonnay which pays more than a passing nod to the Burgundian model. Try it and you’ll be impressed.

4. The most expensive vineyard land in New Zealand.

Forget Central Otago’s Gibbston or Marlborough’s Wairau Valleys. The most sought-after and expensive vineyard land in the country is the old river bed west of Hastings in Hawke’s Bay known as the Gimblett Gravels. Written off as useless land for more than a century, the first vines were planted on this incredibly stoney, dry soil in the 1980’s and the roughly 800 hectare (2000 acre) appellation is now recognised as producing New Zealand’s finest full-bodied red wines. And by world fine wine standards, they’re at bargain basement prices.

5. Take a guided wine tour of this diverse region.

Most commentators agree that of all New Zealand’s wine regions, Hawke’s Bay has the climate most suited to producing a wide range of top-quality wines. This is because of the variety of soil types and micro-climates encountered in different parts of this beautiful region. For example, a moderating maritime breeze over coastal white grape vineyards is a marked change from the much warmer, stonier soils and drier climate of the inland Gimblett Gravels and Bridge Pa Triangle areas. To fully enjoy the vast range of wine varieties and styles produced in the area, take a guided wine tour with one of the best local tour companies in the business. Bay Tours & Charters will show you a wonderful cross-section of Hawke’s Bay wine producers whilst adding context and background to your visits with insightful commentary by their experienced guides. If time, and local knowledge, is limited this is the way to see Hawke’s Bay wine country. 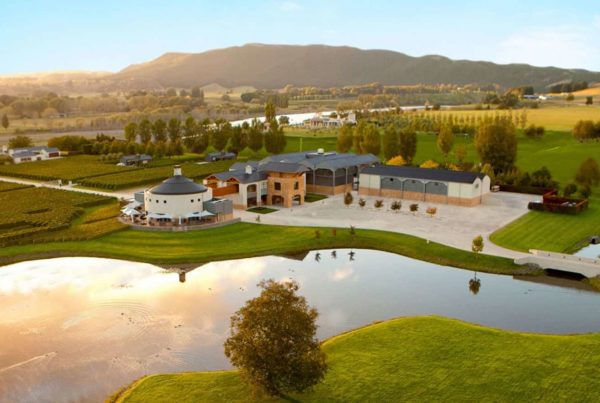 baytours11 August 2017
Food & DrinkThings To Do